To mark the birth centenary of Father of the Nation Bangabandhu Sheikh Mujibur Rahman and pay tribute to the great leader, the North South University (NSU) has set up a “Bangabandhu and Liberation War Corner” at its central library on 18 March 2021. Besides this program, NSU launches the Research Excellence award on the same day. 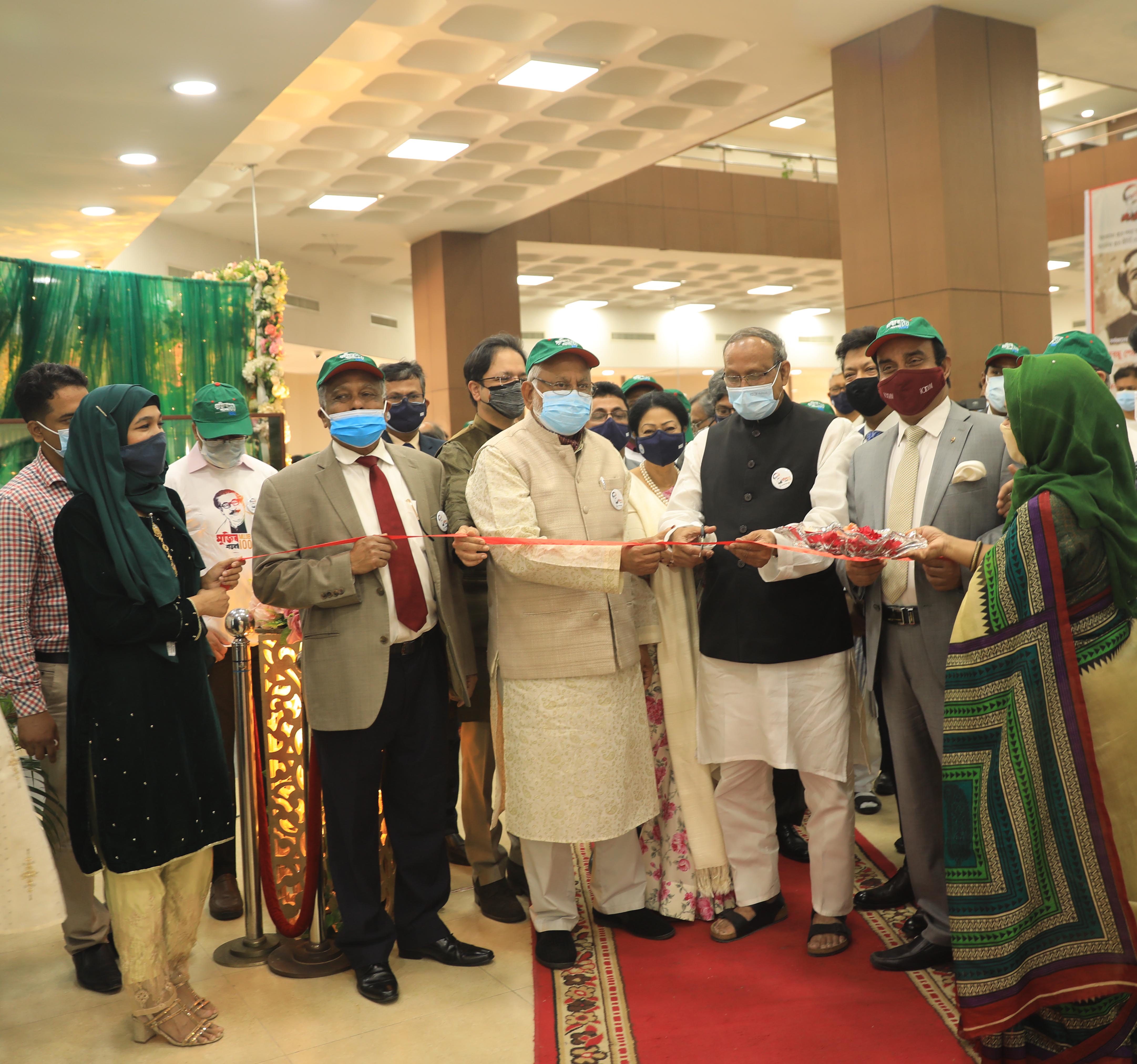 As part of the celebration of “Mujib Year” and to highlight the life and works of the Father of the Nation Bangabandhu Sheikh Mujibur Rahman, a newly decorated area of the University Central Library has been dedicated to an impressive collection of books, photos, documentary, and movies on Bangabandhu and Liberation War is placed.

Science and Technology Minister Architect Yeafesh Osman was present as the university campus’s inaugural ceremony’s chief guest. Former President of Federation of Bangladesh Chambers of Commerce & Industries and the Chairman of Board of Trustees (BoT), North South University Mr. M.A. Kashem was present as the special guest. 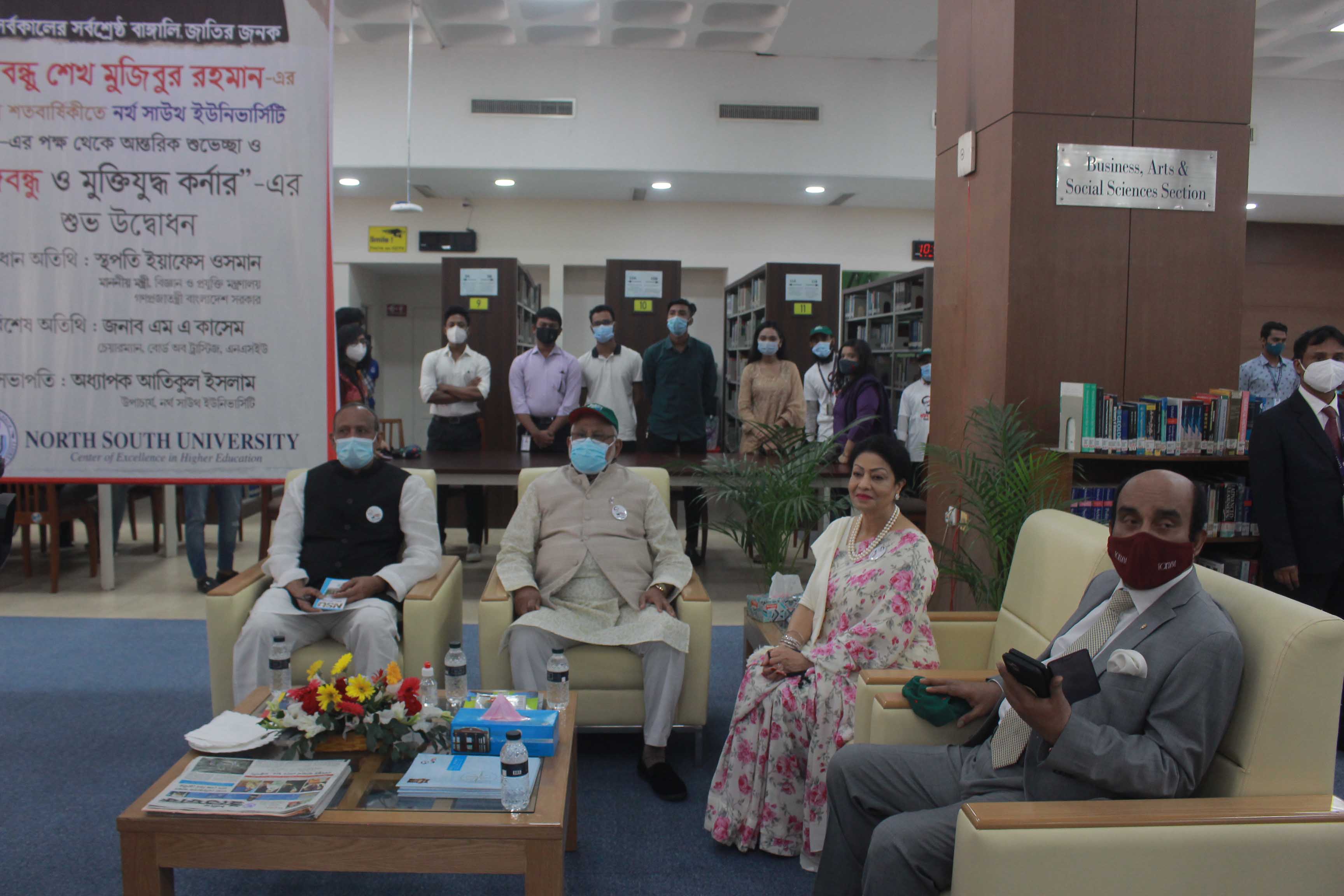 At the beginning of the program, the honorable minister for Science and Technology Architect Yafesh Osman inaugurated ‘Bangabandhu and Liberation War Corner‘ by cutting ribbons with the guests. Later, he toured the entire corner with the guests. University Librarian Dr. Md. Zahid Hossain Shoeb briefed the guests about the whole corner.

Speaking as the Chief Guest, Hon’ble Minister, Architect Yeafesh Osman, said, “I myself was a front-line freedom fighter, those of us who went to the war of liberation, what we wanted was for our next generation to take Bangladesh to the world with a new identity proudly. I am overwhelmed when I come to North South University today, if we don’t know the history of the country we can be misleaded, we have to study history, and if we want to study the history of Bangladesh then it is not possible without studying about Bangabandhu and that is what North South University did.”

Speaking as the Special Guest, Chairman, Board of Trustees (BoT), NSU, Mr. M. A. Kashem said, Our deepest respects and best wishes on the birth centenary of the Father of the Nation Bangabandhu Sheikh Mujibur Rahman. Bangabandhu Sheikh Mujibur Rahman was the great hero of the liberation war of 1971. He was the embodiment of our freedom. He led the democratic movement from the language movement of 1952 to the coup d’état of 1969 and he declared the freedom of this country on March 26, 1971. He is not only a leader but also one of the greatest politicians of this subcontinent. This man was equal to the Himalayas in personality and courage. People of our country have high expectations from Hon’ble Prime Minister Sheikh Hasina, daughter of the Father of the Nation, Bangabandhu Sheikh Mujibur Rahman. To meet these expectations, she is working tirelessly to meet these expectations. At this time, he announced the auspicious inauguration of “Bangabandhu and Liberation War Corner”.

Freedom Fighter Lion Mr. Benajir Ahmed said, “We are happy to have inaugurated “Bangabandhu and Liberation War Corner” at the Central Library within the Mujib Borsho.

Vice-Chancellor, NSU, Professor Atiqul Islam said, “We are sincerely trying to teach the new generation about the life of Bangabandhu, his life philosophy, political thought, social thought, and all the struggles of his life, whether it is through pictures, books or information, we will pass it on to the next generation. During this time, he also mentioned, for this reason, we have inaugurated Bangabandhu and Liberation War Corner at North South University. 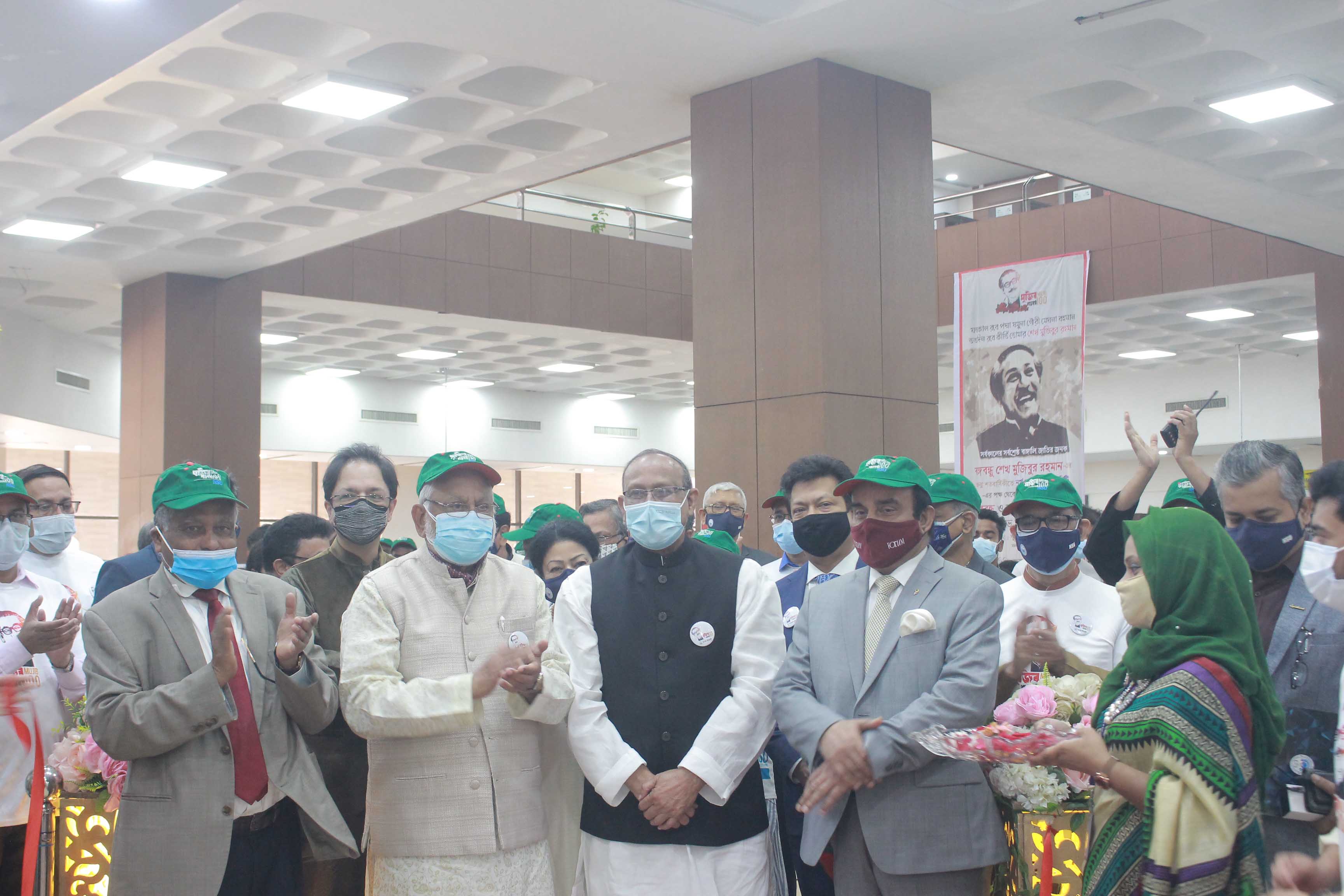 The Honorable Minister for Science and Technology Architect Yafesh Osman inaugurated ‘Bangabandhu and Liberation War Corner‘ by cutting ribbons with the guests. 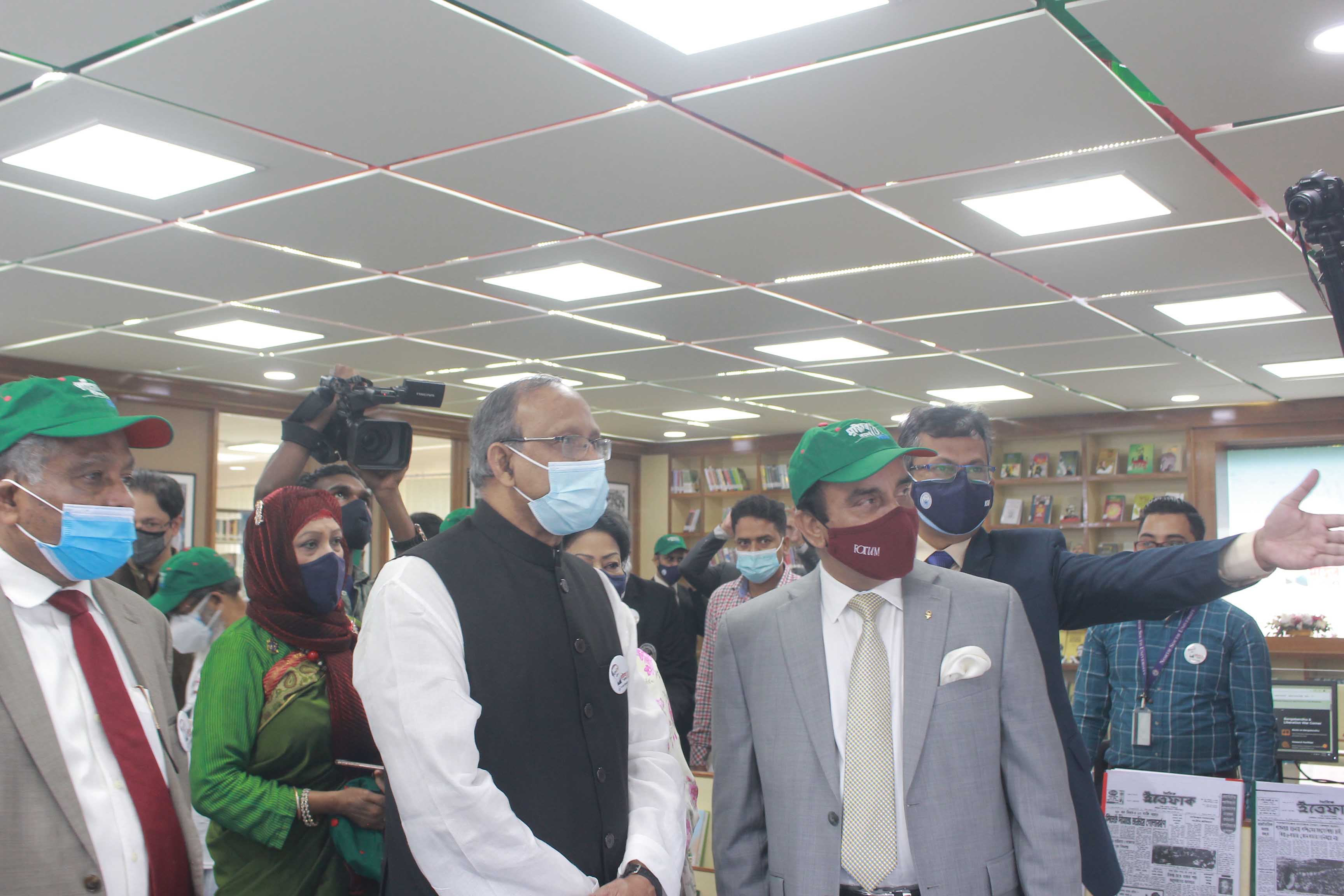 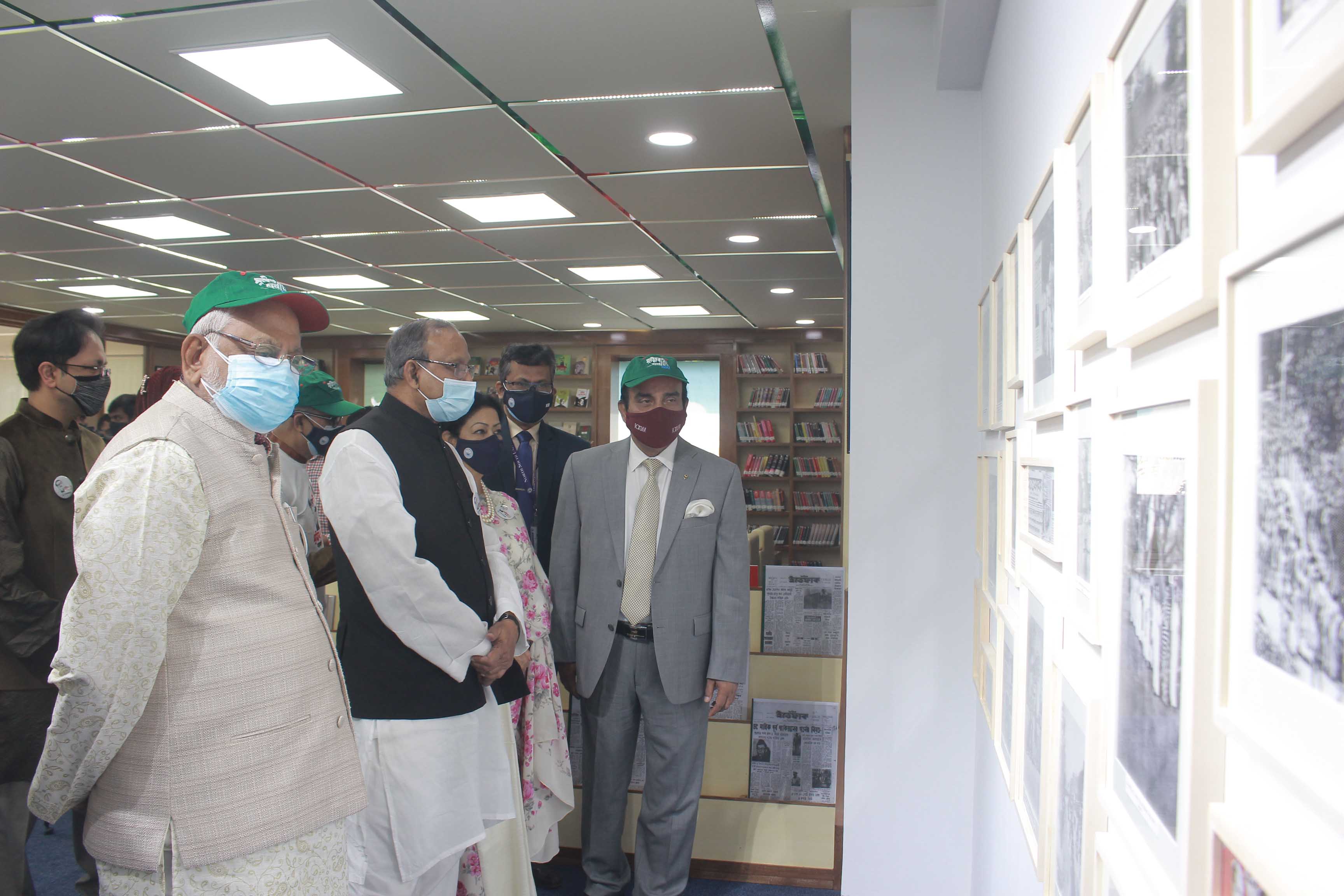 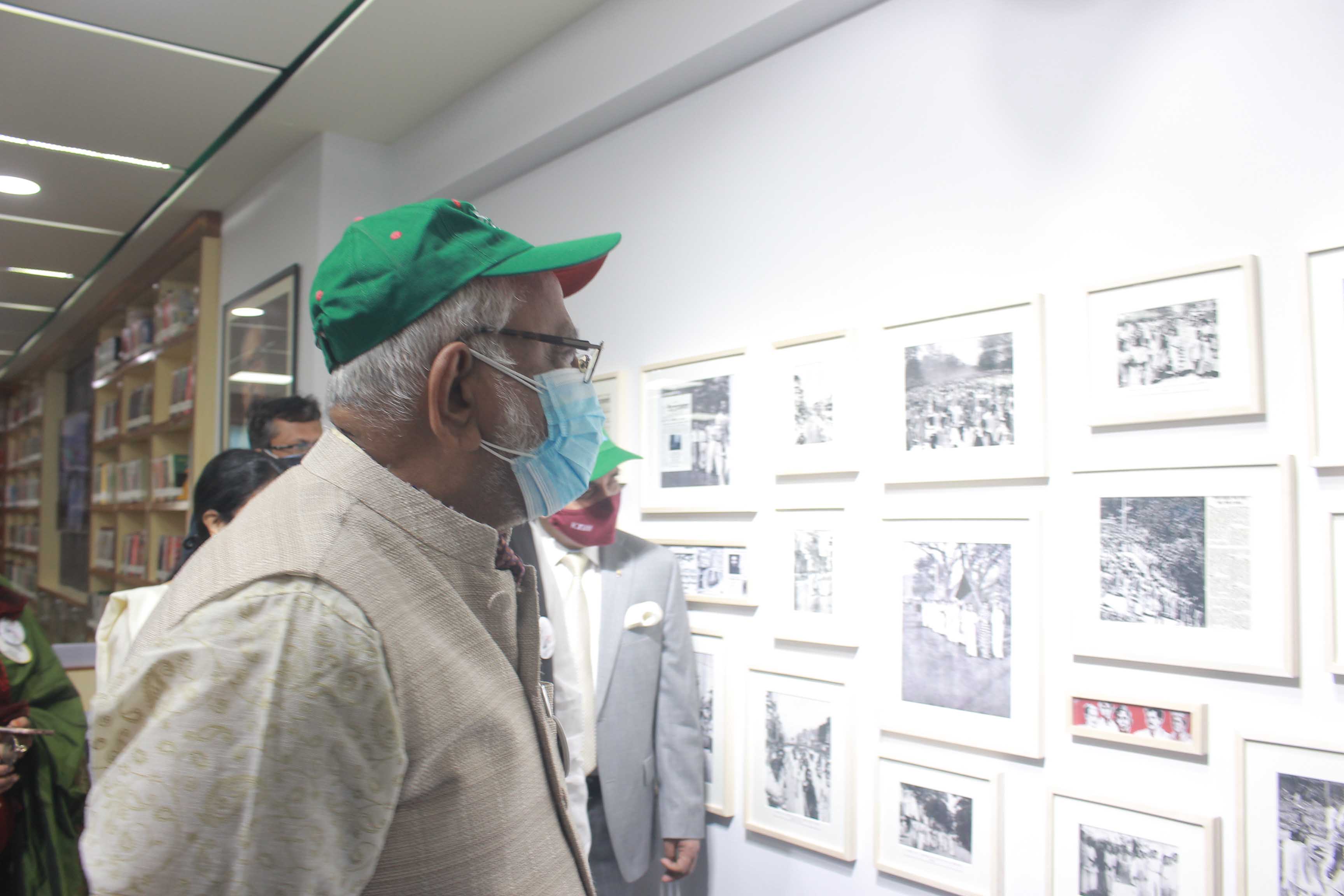 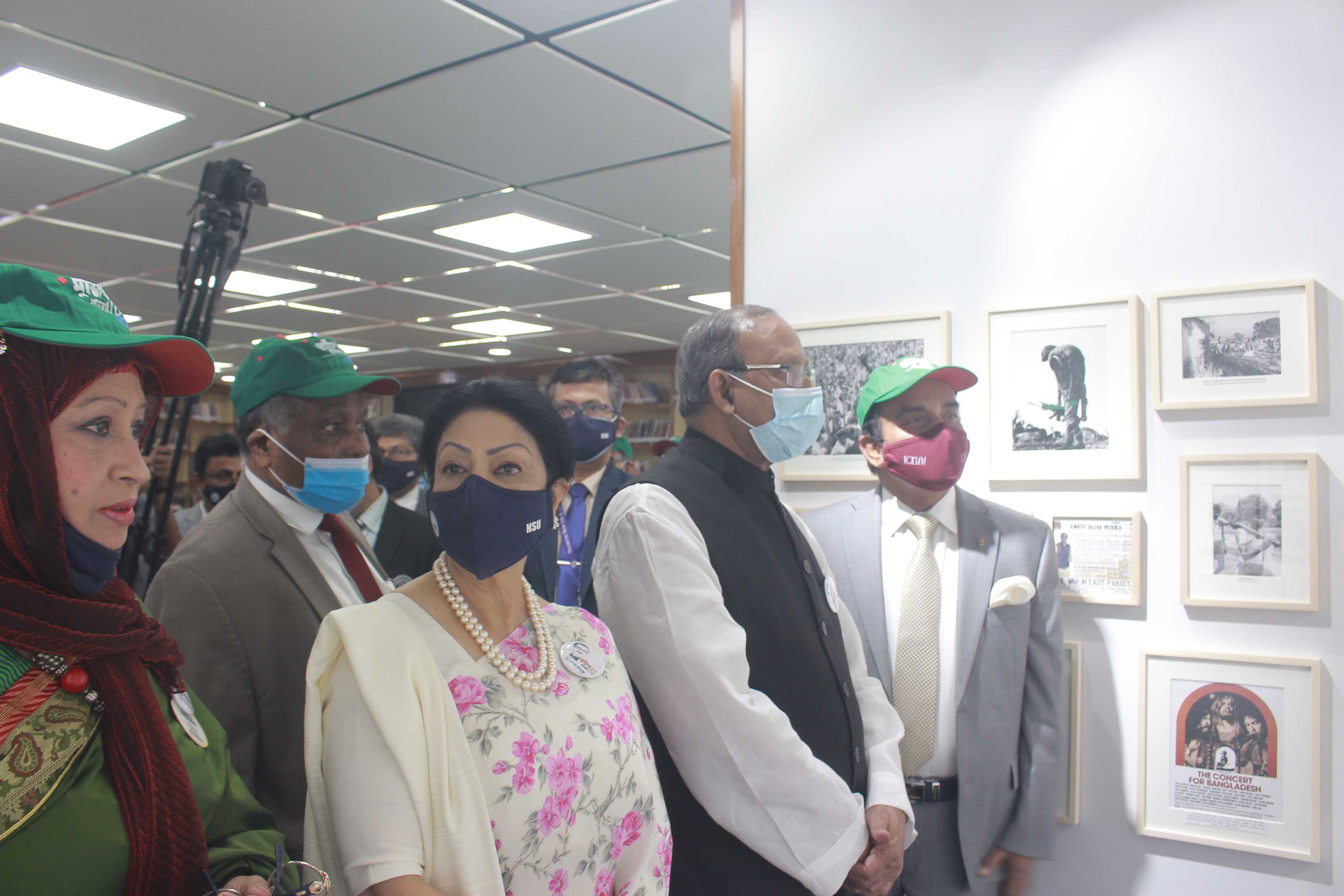 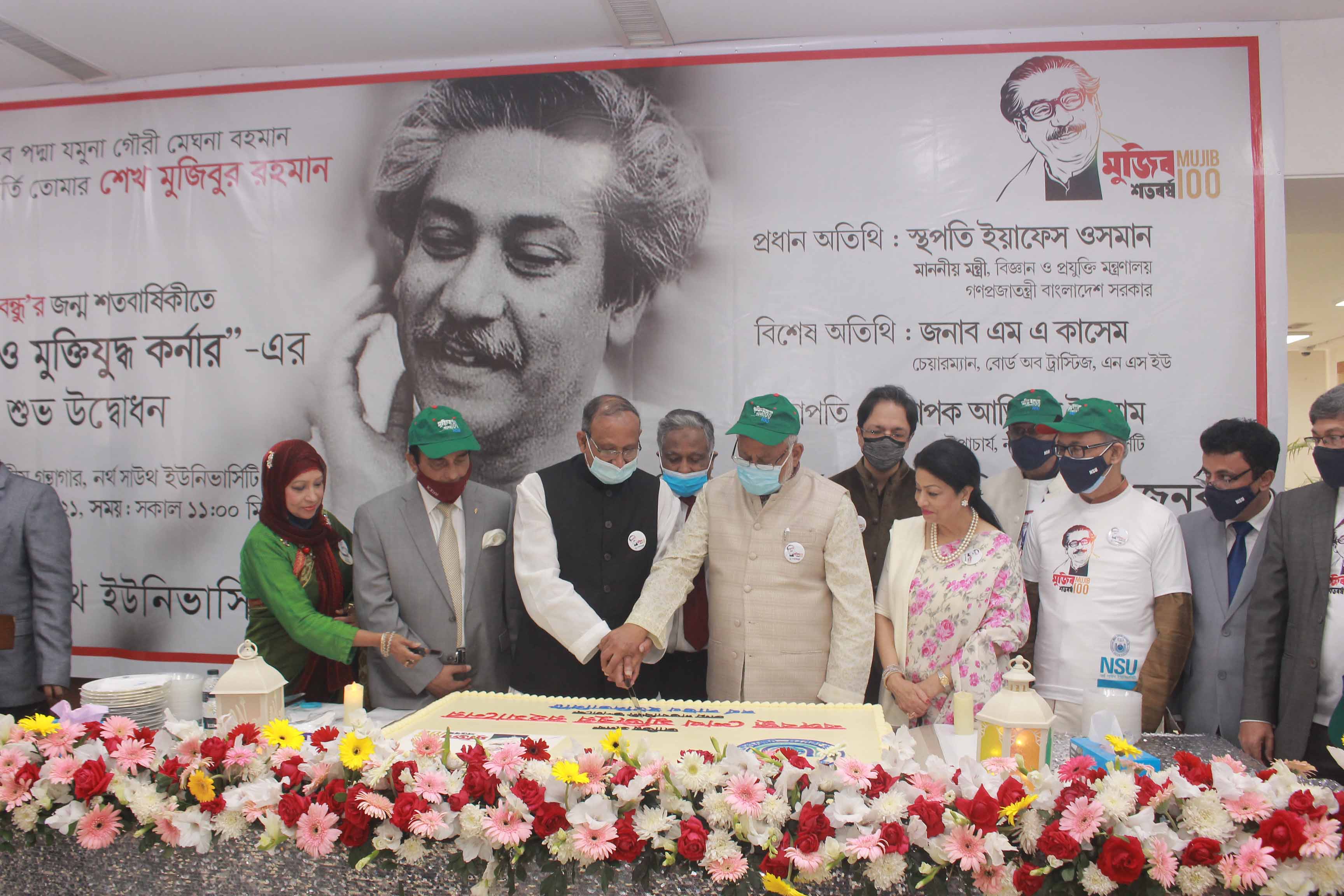 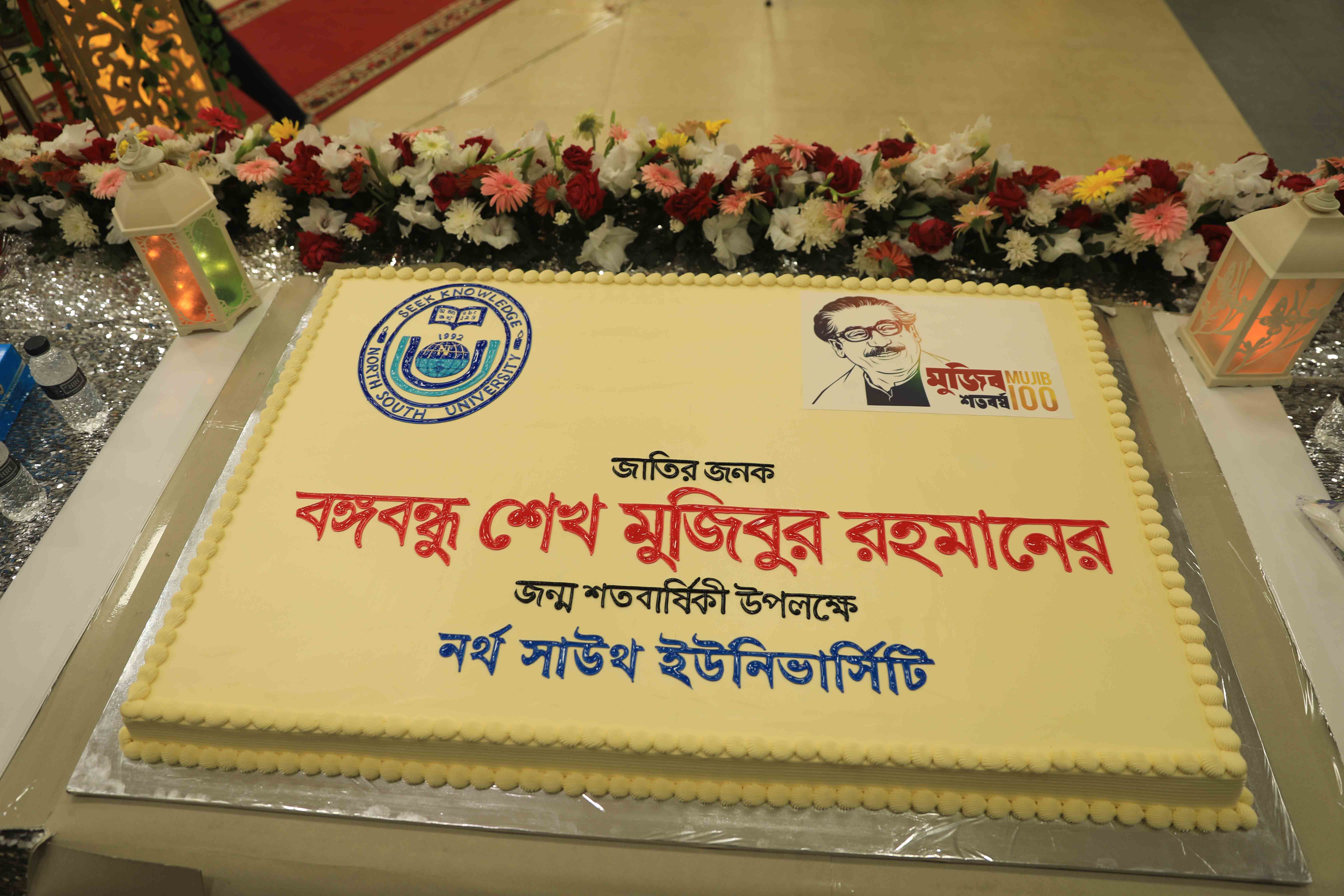 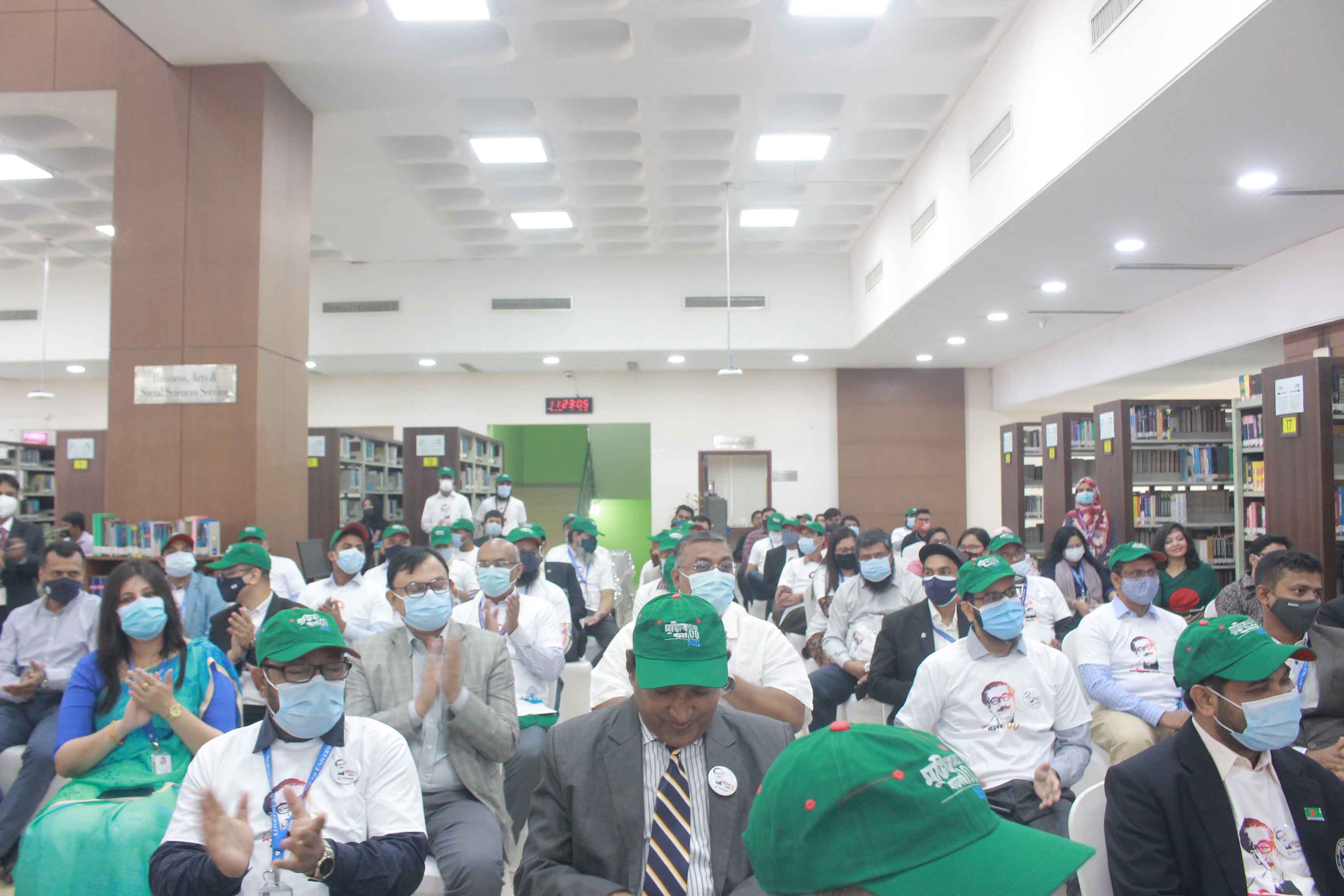 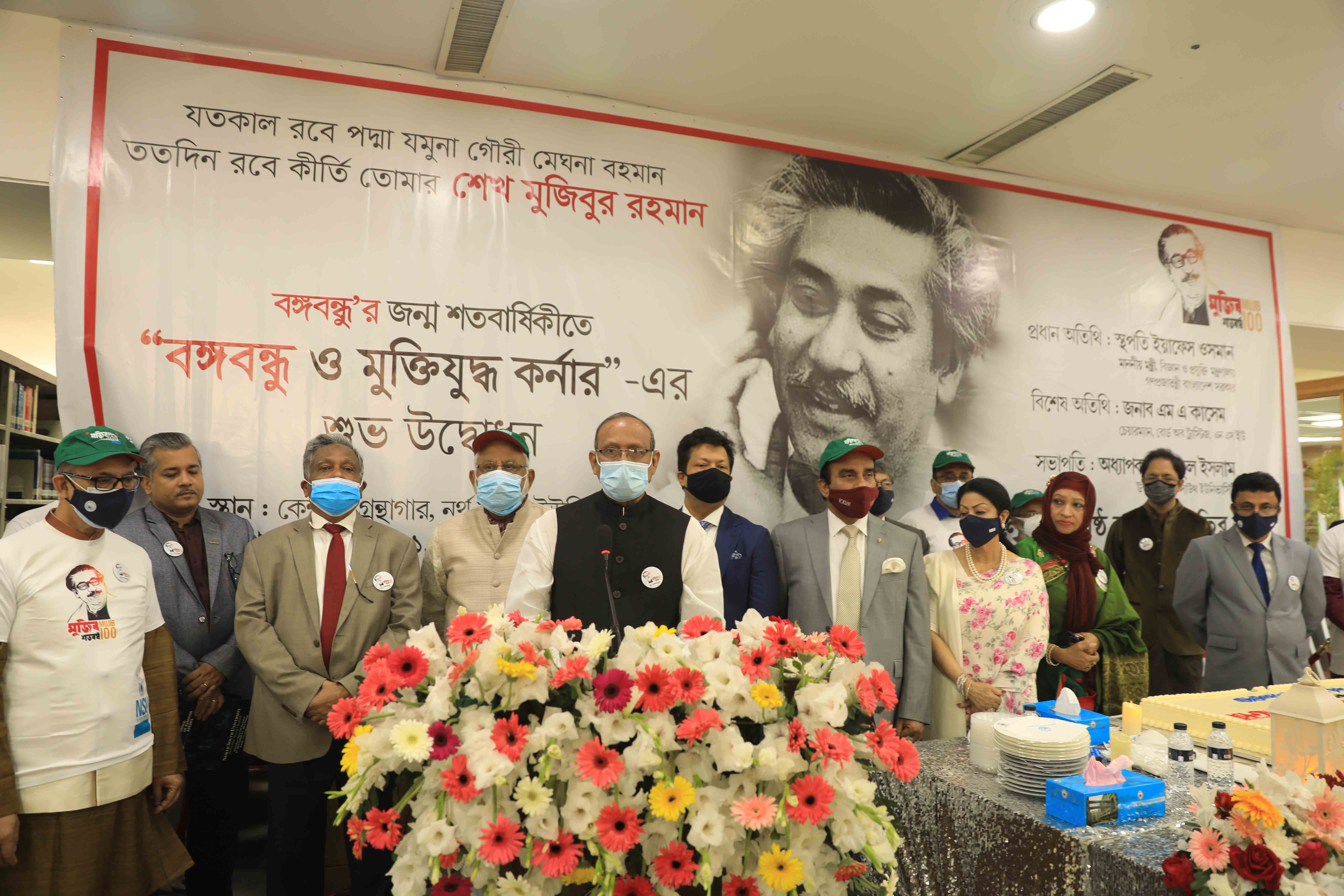 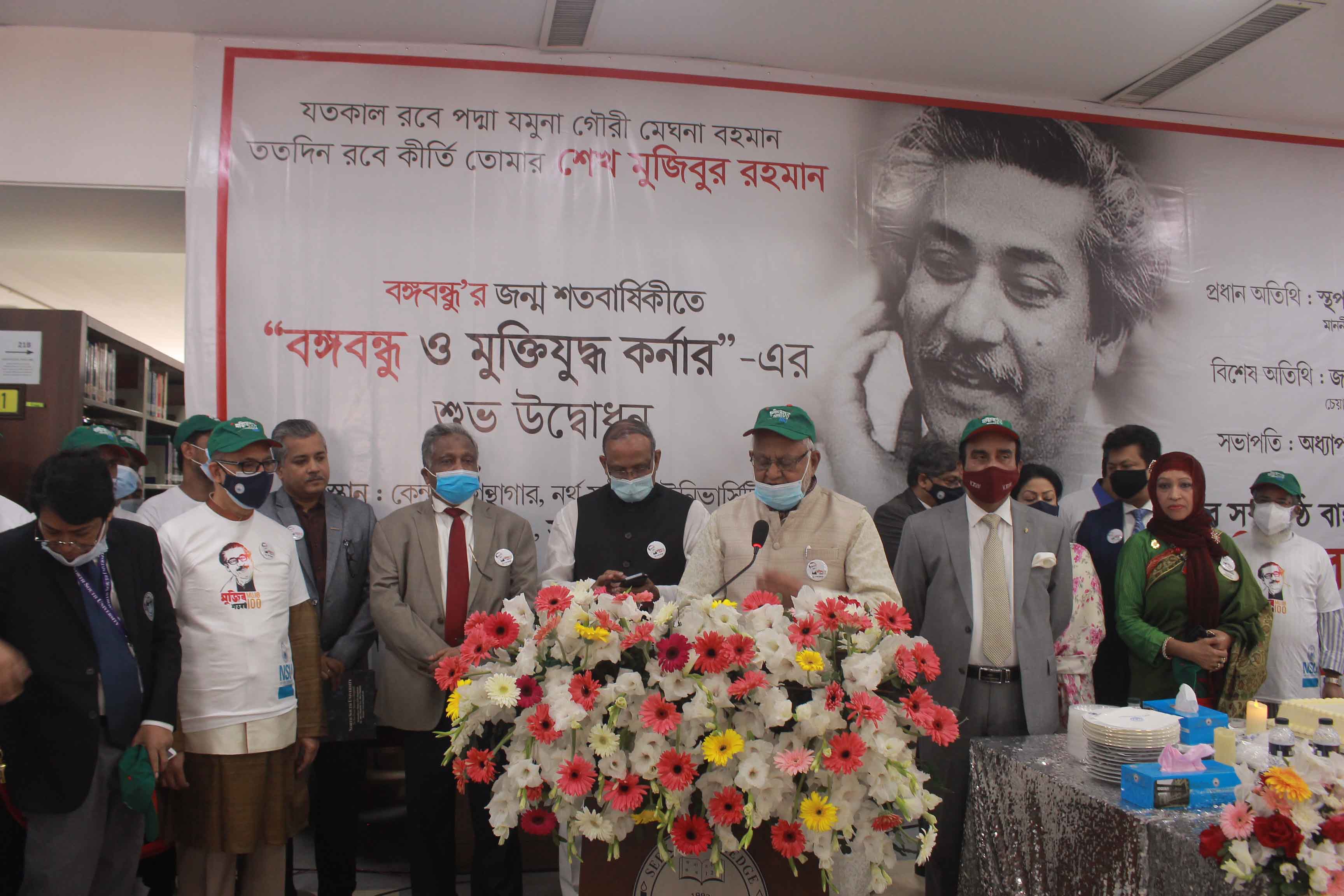 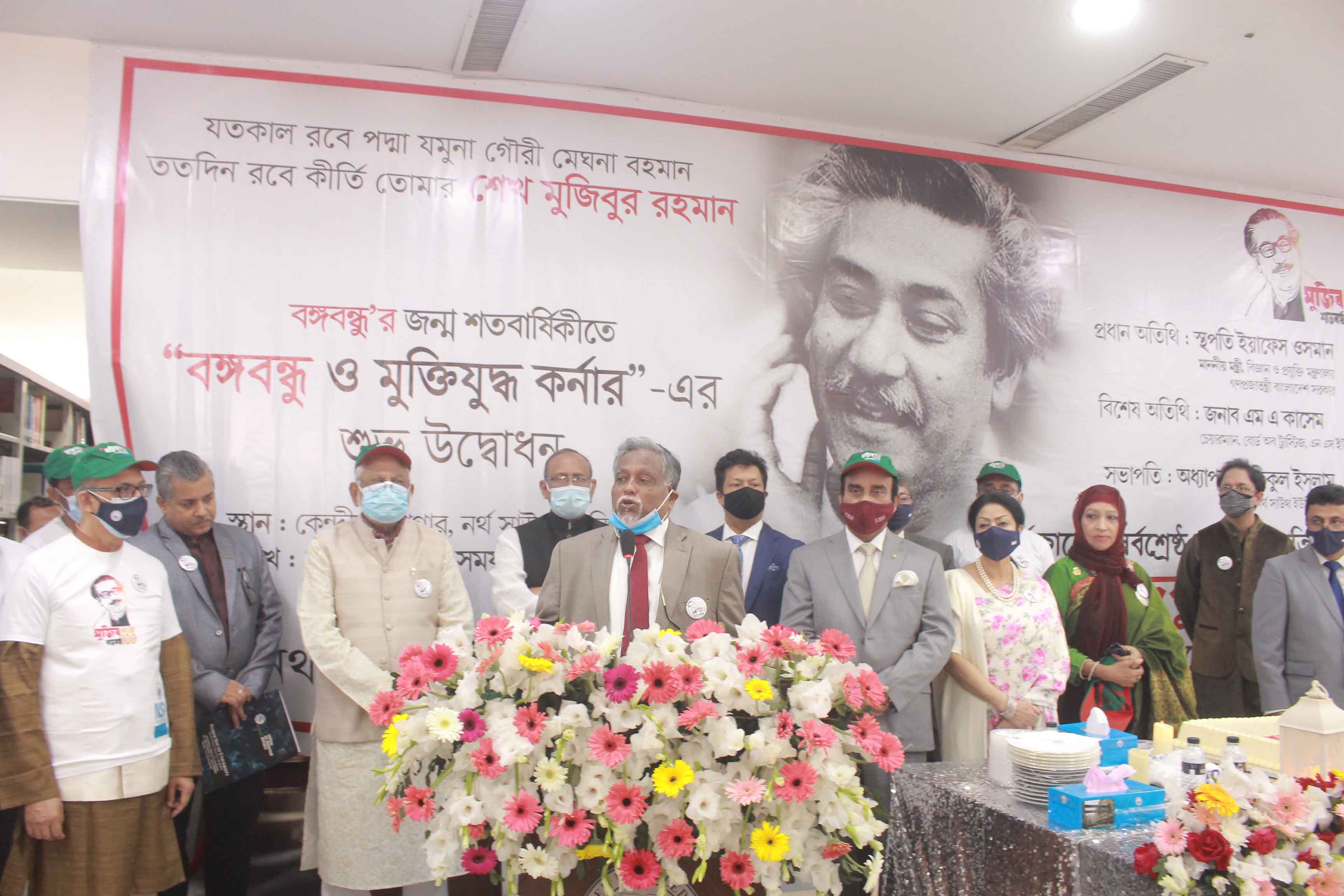